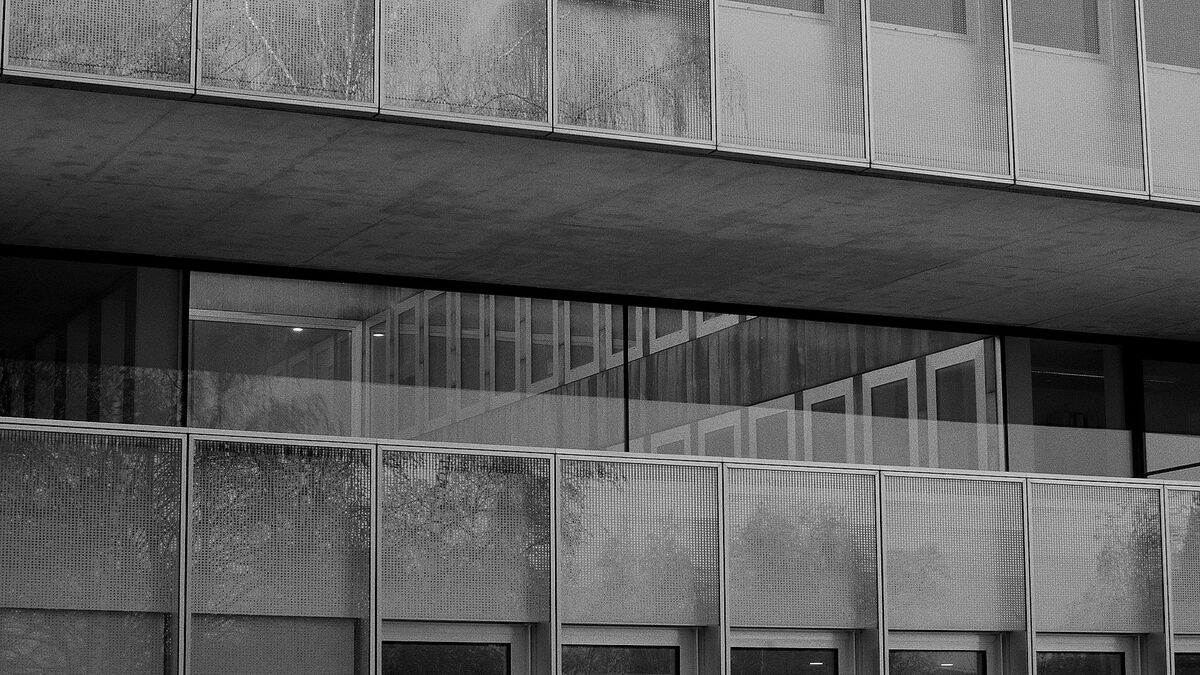 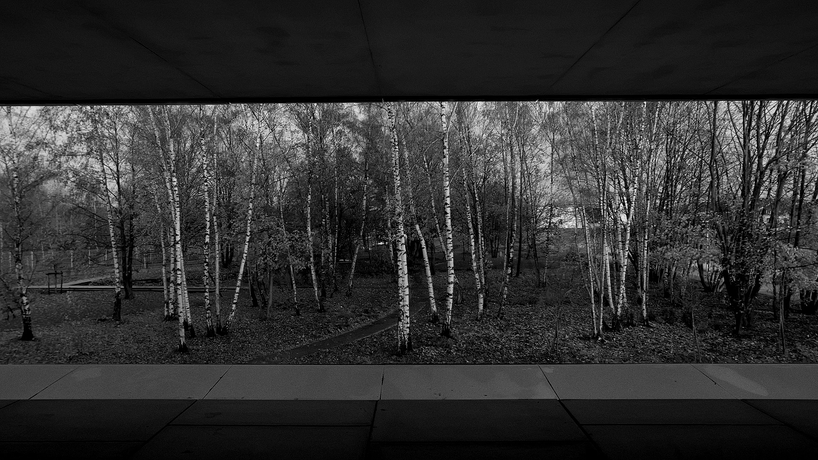 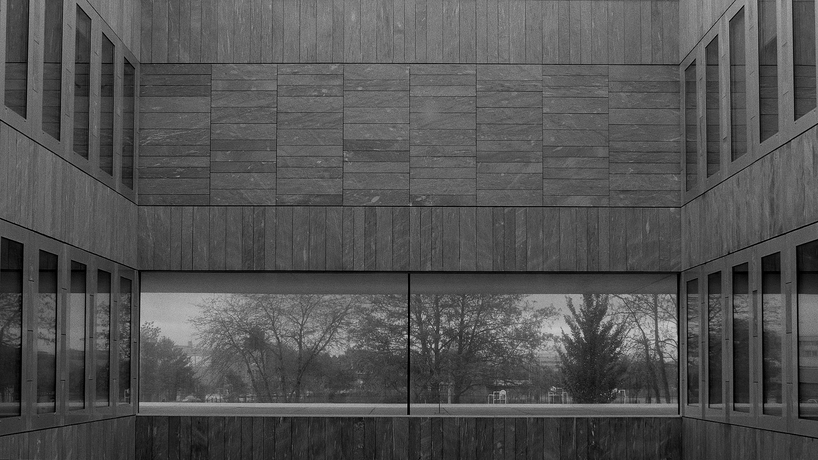 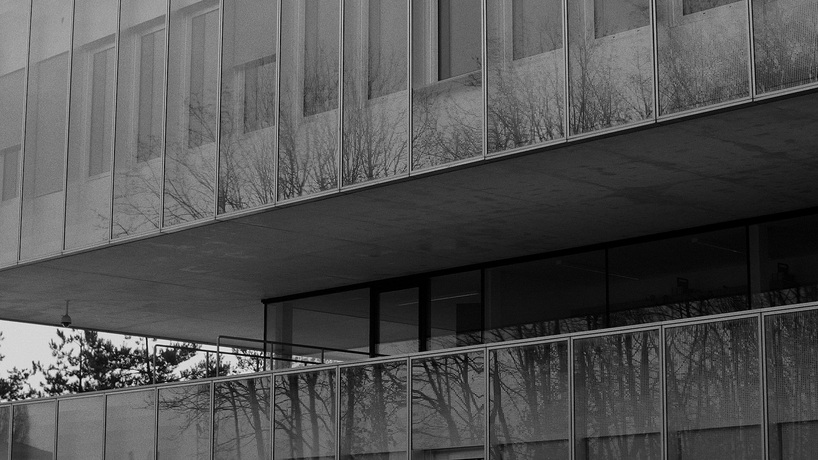 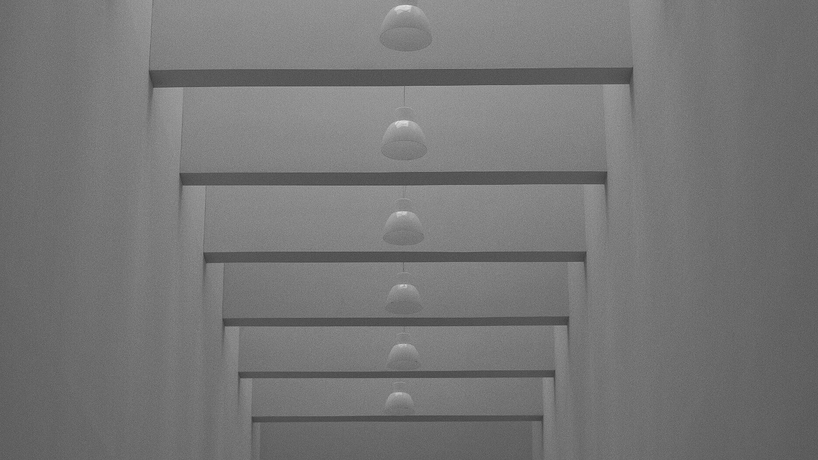 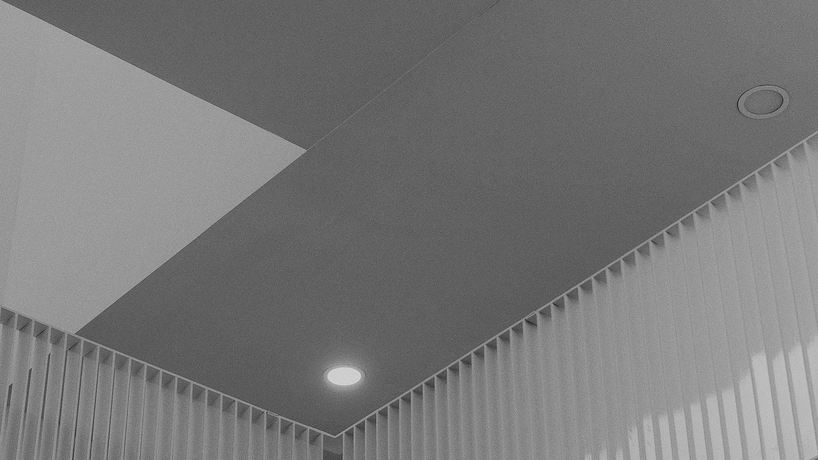 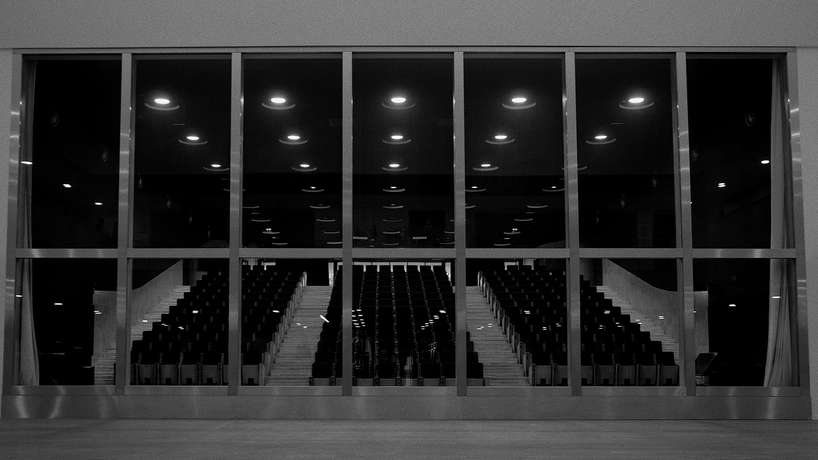 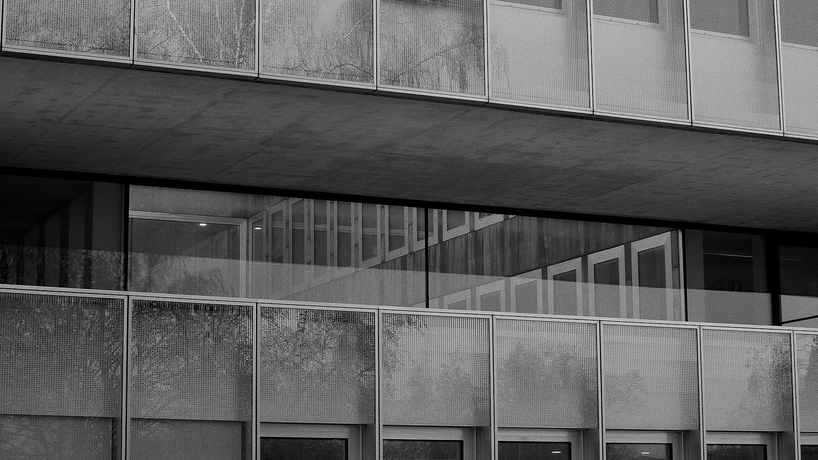 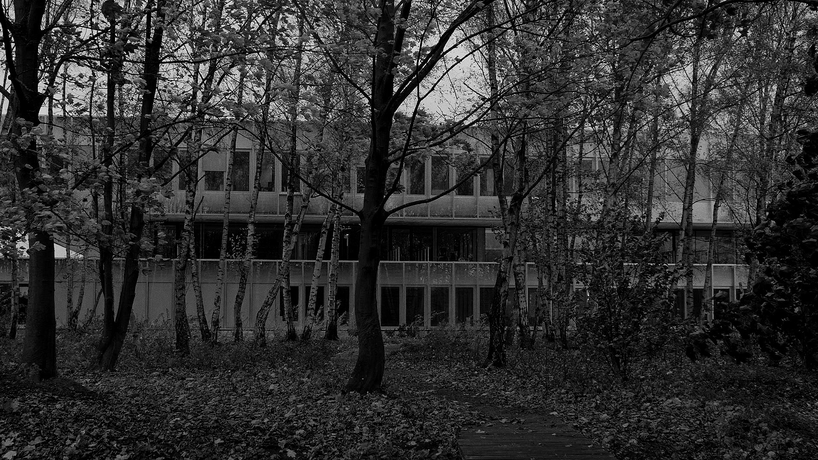 Floating Stillness portrays a specific moment in time.
It is a meditation on a paradoxical period at a multifunctional building for collective use. Instead of weaving together people and stories, the big machine is on standby, its parts suspended mid-air. Floating Stillness guides us through different spaces as the temporarily vacant building is revealed in fragments. The sound emerges, unveiling an expectant inner soul. In this narrative, the building is the starting point for a poetic analysis of the moment we are living in. 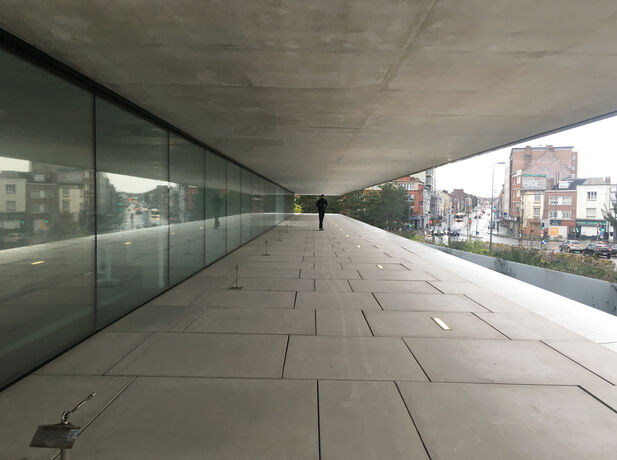 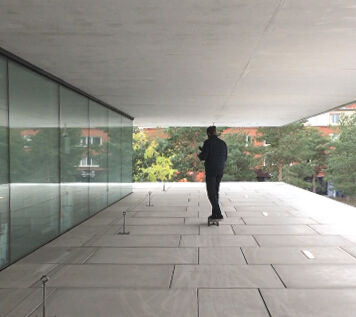 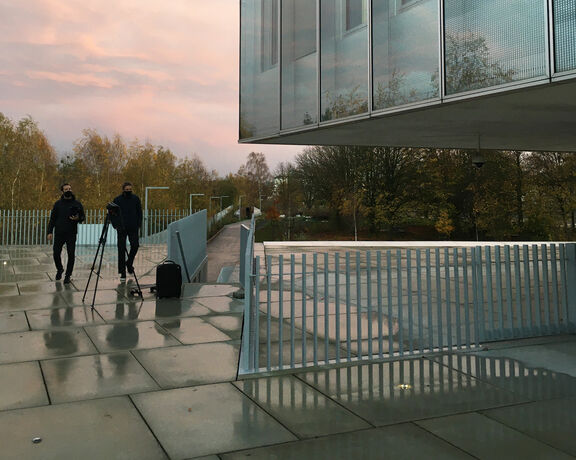 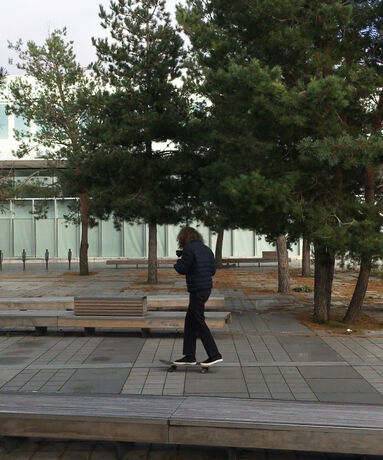 Miguel was born and raised in Porto, where he works as an independent filmmaker and visual artist, after having studied architecture at FAUP in Porto. The highlights of his body work include the series Specific Atmosphere, commissioned by Habitar Portugal 12-14, the short films In Between (Hong Kong, 2017), Become Ocean (Azores, 2017), Cloud Tryptic (2017, best brand reel in the Fashion Film Festival), Trilho (Minho, 2019) and Chimaera (2020). Together with Ana Resende and Tiago Costa he started a series of films that explore visual constructions from architectural works. Their latest projects are The Construction of Villa Além (in collaboration with Rui Manuel Vieira), a film that follows the construction of a house by Swiss architect Valerio Olgiati in a remote local of the Alentejo coast (world premiere in IndieLisboa 2017, La Biennale di Venezia 2018). Secluded Stillness, a film specially directed for the pico.house website, and meant to be screened in the installation format; Three Patios for the Sun, a film study about Casa Trevo and filmed during 2020’s Summer Solstice.
Miguel often collaborates with different artists and disciplines. Namely, in 2019 he spent 10 days on the cargo ship "Corvo" with the composer José Alberto Gomes. This project culminated with a live performance at the Walk&Talk festival with the piece East Atlantic. 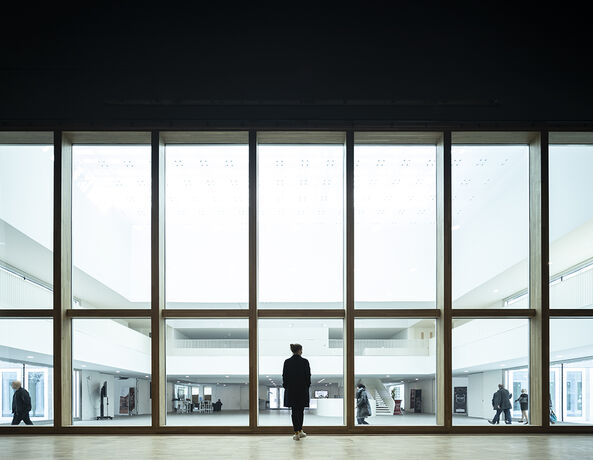 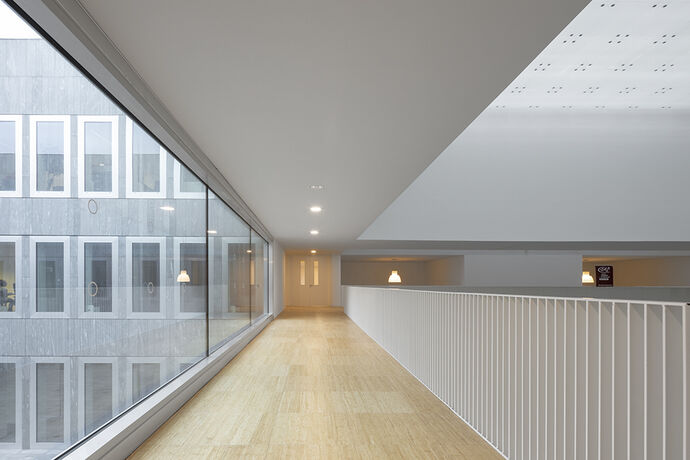 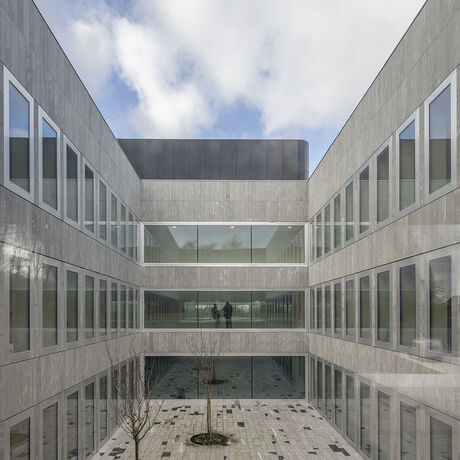 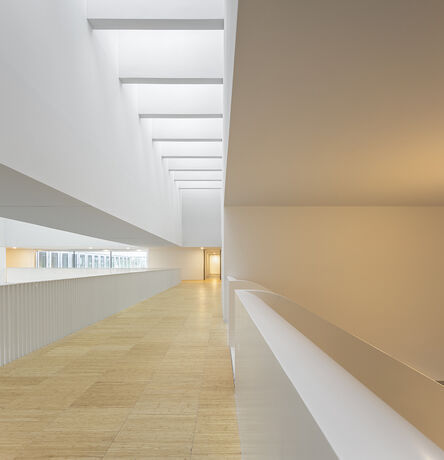 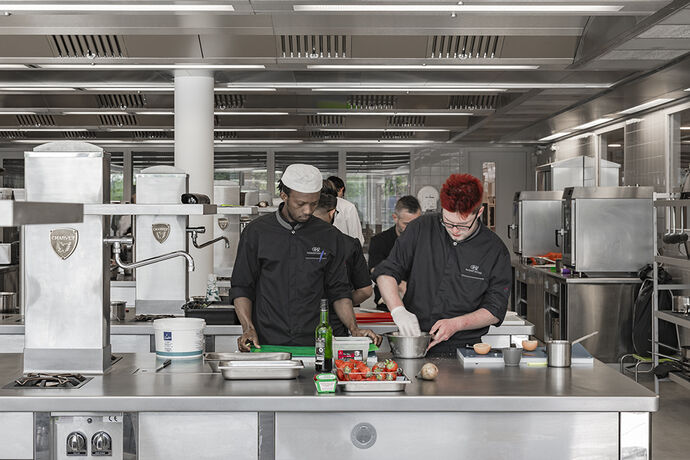 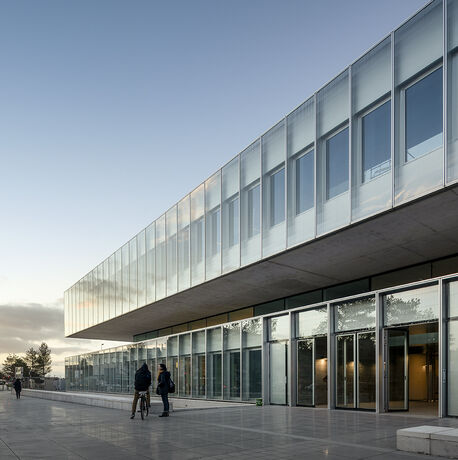 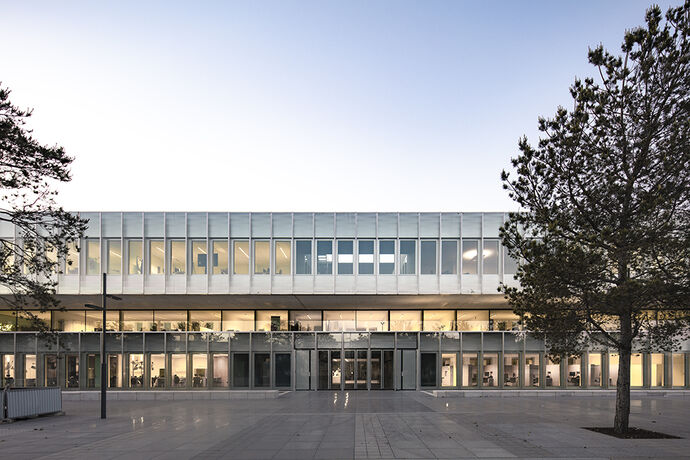 Chambre de Métiers et de l’Artisanat Hauts-De-France is located within Eurartisanat district in the south of Lille, an area identified by the juxtaposition of heavy traffic infrastructure and lush greenery. The building’s geometry and transparency embrace the nature reinforcing the link between north and south and opening the fabric to the botanical gardens north of the site. Spreading over three floors, the building houses offices for the local and regional Chamber of Trades and Crafts and the associated training school. Coexistence of such various users is enabled by a double entry disposition through two public squares on different levels. Both entrances are connected by a linear succession of representative spaces such as the southern square, the entrance hall, the auditorium, and a wide opening overlooking the north terrace. Symmetrical across this central axis, the functions are organized around a set of six patios which provide natural light for the offices, classrooms and circulation spaces. Through its materiality the building aims to both articulate, absorb and reflect the surrounding nature while, at the same time, constitute itself as an inhabited landscape.